The latest contribution of Dynamica has just been published in Communication Physics as part of a focus collection on higher-order networks. The article is entitled Influential groups for seeding and sustaining nonlinear contagion in heterogeneous hypergraphs. This is the result of an international collaboration between Dynamica members (Guillaume St-Onge, Antoine Allard, and Laurent Hébert-Dufresne), researchers from Central European University (Iacopo Iacopini), Queen Mary University of London (Vito Latora), CNRS (Alain Barrat), and ISI Foundation (Giovanni Petri).

The authors use a highly accurate approximate master-equation framework to study the importance of group interactions for complex contagions with nonlinear infection rates. They find that Superlinear contagions promote the onset of localization in large groups, which influences the phase diagram of the dynamics. Moreover, this work challenges the standard notion of influential spreaders by introducing the concept of influential groups to maximize the early spread of a contagion, which is a more effective approach for strongly nonlinear infection rates.

Links to the full text and preprints are available on the publication page. 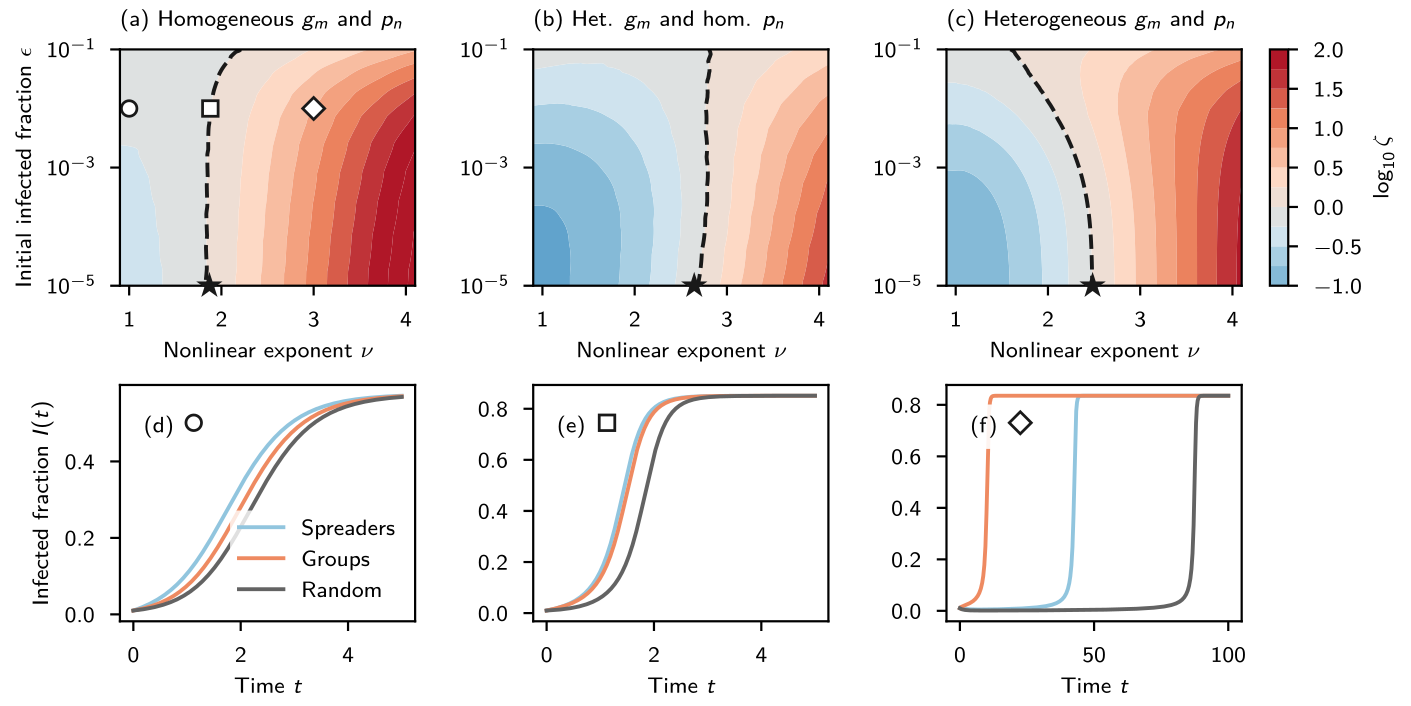